To welcome the 2016 winter semester, Carleton University President and Vice-Chancellor Dr. Roseann O’Reilly Runte sent a message to students, faculty and staff, which included this sentiment: “Service to others and society is a Carletonian characteristic.”

As the semester comes to a close, it is clear that this significant trait continues to define the Carleton community. Once again, we have the opportunity to celebrate that gifts through Carleton have made a tangible impact in our school, our city and around the world.

Collaborate, our $300M fundraising campaign reminds us that we are “Here for Good”. That collaboration between our university, donors and external partners gives us the ability to deliver on our mandate to bring positive change to the community we serve. Already, Collaborate has raised over $193M, gaining momentum as we prepare to celebrate Carleton’s 75th and Canada’s sesquicentennial anniversaries in 2017.

This notion that we are “Here for Good” is more than a feeling; it is being exemplified each day by the extraordinary generosity of our supporters. 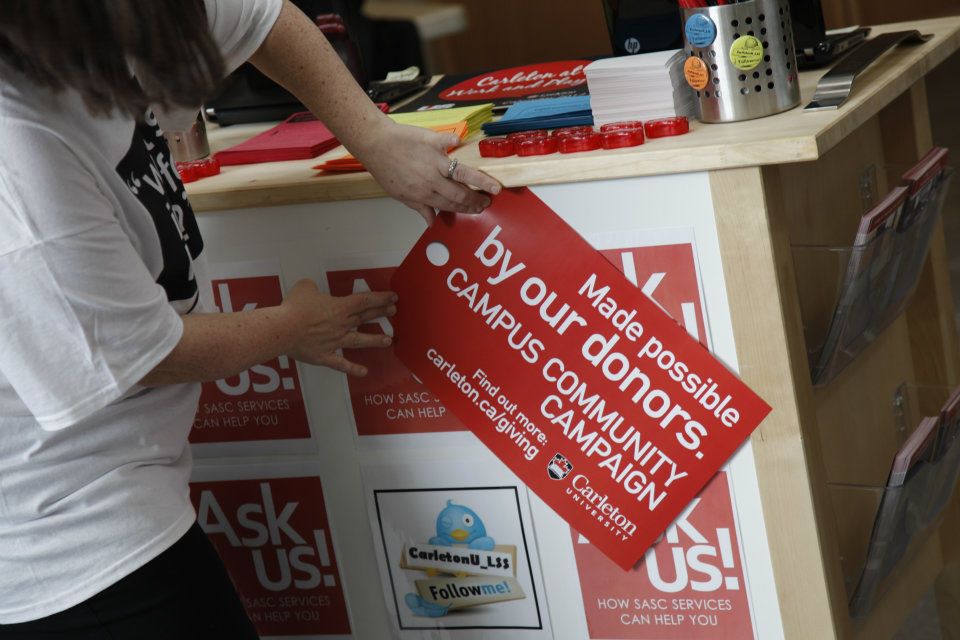 This year’s Campus Community Campaign (CCC), which invites students, staff, faculty and retirees to support the Carleton project or initiative that they most believe in, raised more dollars from a greater number of donors than the year previous. Nearly 700 donors raised over $290,000 with the help of over 50 on-campus volunteers. The level of participation in the campaign was also the highest it has been in recent years, proving that, more than ever, our community is committed to supporting the university’s key priorities.

The FutureFunder—Carleton’s award-winning crowdfunding platform—has become the front door to giving at Carleton. Crowdfunding, by definition, is the practice of funding a project or venture by raising monetary contributions from a large number of people. At Carleton, the FutureFunder’s extraordinary success is an inspiring example of the good that can be achieved when the community comes together to support a common goal. In the 2015-2016 fiscal year, more gifts came through online than ever before—with many worthwhile projects reaching their fundraising goal.

Championed by the Centre for Holocaust Education and Scholarship (CHES), in cooperation with the Zelikovitz Centre for Jewish Studies at Carleton University, the Ottawa Holocaust Survivors’ Testimony Project project surpassed its $7,500 goal with more than 65 donors contributing. The goal of the project is to document and preserve the testimonies of Ottawa Holocaust survivors as primary oral historical resources that will allow future generations of students, researchers, teachers, and others to hear and see the people who experienced and witnessed the genocidal policies and crimes of the Nazis and their collaborators.

Carleton University’s Ravens Racing Team raised nearly $10,000 to be able to compete in the 2016 Formula SAE Michigan competition. The team finished 13th overall out of 115 teams from ten different countries—the team’s best result at Formula SAE Michigan since it started competing in 1999. With these results, Carleton moved up 67 places on the Formula SAE/Student World Rankings to 55th out of 528 teams from around the world, and is now the top ranked Canadian team out of 24 on the list. 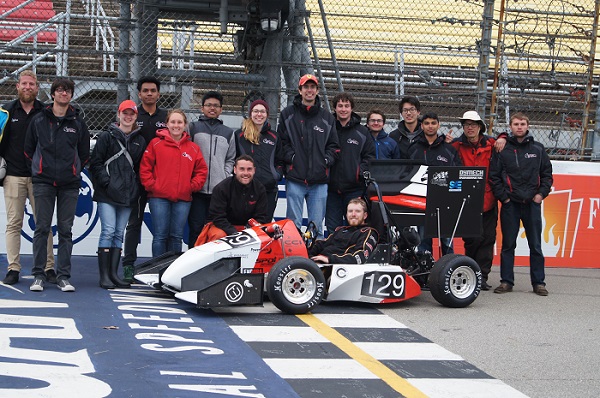 However, the Carleton community is not only financially generous, but gives of their time, knowledge and expertise. Our Alumni Mentors program saw a 30% increase in participation in its second year, with 173 mentors and 173 mentees taking part – up from 125 and 118 respectively. Experiences were positive and connections meaningful resulting in a 90% satisfaction rate from both mentors and mentees.

It is clear that when it comes to acting with intention and collaborating with those who give their time, talents and financial support to benefit humanity, Carleton is succeeding.