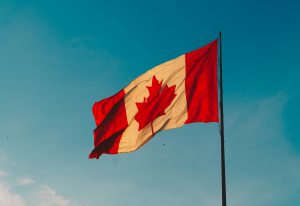 Canadian Bank Note is much more than meets the eye. While the company sounds like a part of the mint or a business that prints bank notes, their unique fusion of technology and manufacturing is so much more than that.

Owned and operated in Ottawa since 1897, CBN is rapidly growing and evolving to meet the needs of an increasingly complex world. “As you can imagine, you may not be using paper bank notes or currency 50 years from now, and so we want to be at the forefront of what the next technology is that’s going to bring secure solutions in currency and travel documents,” said Brad Baker, a senior actuary with CBN. “We’re investing in that, and so we’ve become a big hirer of engineers & scientists – the largest outside of the public sector in the Ottawa region”.

With over 1600 staff located across the globe and right here in the National Capital Region, Canadian Bank Note employs innovators working on everything from hacking to biometrics – and Carleton graduates play a big part in that. “The talent that we’re getting out of Carleton have very high personable skills,” said Baker. “That’s important when you’re building a team from the ground up.” Baker and Julie Lavergne, CBN’s Vice President of Organization Development both said employees hired with an education from Carleton are bright and ready to learn, but also work well together, communicate well, and enjoy what they’re doing.

After seeing so much Carleton talent at Canadian Bank Note, Lavergne said, CBN saw an opportunity to give back. In order to do so, they have established the Canadian Bank Note Engineering Scholarship with a generous gift of $50 000 to the university. This scholarship will be awarded annually to an outstanding student entering either third or fourth year of engineering, with a focus on female and Indigenous students. The first gift will be awarded in September of 2020.

“We recognize that the talent we’ve been getting from Carleton is some of the best we’ve been hiring, and so we wanted to recognize that,” Baker said. “We’re hoping we can help a deserving student to make their tuition payments, get to their graduation day, and hopefully consider joining us on this exciting adventure”.

Canadian Bank Note is truly a hidden gem, working in industries that their name wouldn’t necessarily suggest, but Lavergne says that the gem won’t be hidden for much longer. “We’re not a public company. I think historically, due to the nature of our business, we’ve always shied away from the public eye”. Given the secure and confidential products CBN works on, a level of privacy is necessary, but as they grow into new markets, Lavergne wants Ottawans to know about the incredible work they’re doing. “Based on the nature of our work, it’s got to be really purposeful, and so we’re coming out of our shell to the public in a way that’s deliberately drawing some attention and saying “Hey, look at this great Canadian, Ottawa-based company that’s working at the global scale right here in your backyard””.

Lavergne, Baker, and Canadian Bank Note as a whole hope Carleton students recognize the role they can play in creating change. “Carleton grads – their potential is unlimited, so the more they work together and cooperate the greater the things they’ll be able to achieve”. Whatever comes their way, CBN is sure to be on top of the next hidden gem on the horizon.

Carleton students interested in a career at CBN can check out https://www.cbnco.com/careers/ or email Julie at jlavergn@cbnco.com.