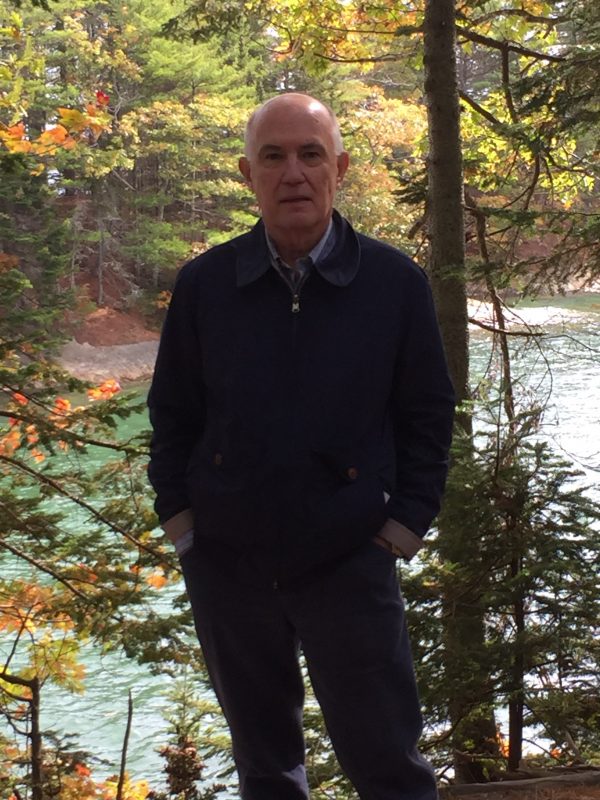 “If you look at the big picture, Carleton has served the Ottawa community and many other places very well as an educational institution,” says Fred Goodwin. He continues, “I would encourage others to be a part of giving back to our community through Carleton.”

Following his retirement in July 2009, Fred continued to teach as a contract instructor and helped to drive philanthropy forward on campus through his roles as the Co-Chair of the Community Campaign and Chair of the Tory Society. As a long-time donor to Carleton himself, Fred recounted that he made his first gift to Carleton in the 1970s, when he and several colleagues in the History department established a fund to provide financial support to students in response to the provincial increase of tuition fees.

“Over the years through my various roles, I met many undergraduate students and was well aware of some of the struggles they were going through to finance their education,” says Fred. This giving transpired into supporting several initiatives on campus for over five decades up to now, including donations to the Faculty of Arts and Social Sciences, the MacOdrum Library and scholarships in the Centre for Initiatives in Education, among many others.

More recently, Fred contributed to the Leonard Librande Scholarship in memory of his late friend and colleague. For Fred, the initiatives he chose to support through Carleton were based on the experiences and connections he forged during his time on campus and that are still meaningful to him to this day. It is through FutureFunder—Carleton’s crowdfunding platform—that donors can get connected with initiatives that are advancing causes that resonate with them on a personal level.

Throughout the pandemic, Fred has expanded his passions for teaching, research and philanthropy to include playing the piano—providing him with a deeper appreciation for the talents of professional musicians. Despite his many endeavours, giving back continues to be at the forefront of his daily life.

As Fred says, “We are very lucky to live in Canada, and I think we do have an obligation to try to keep a strong, stable and democratic society.” He continues, “One of the ways we can do that is by donating or volunteering with various organizations and community groups that are seeking to improve our communities.”

Behind the Donor Curtain:

Do you have a personal motto / credo / saying?

Try to be a good person.

What profession other than your own would you like to attempt?

What person, fictional, living or dead, inspires you?

Helen Keller—she overcame a major adversity and created a meaningful and influential life despite that.

Where is your favourite spot on campus?

I like the Quad and seeing the students there, it is such a symbol of Carleton. I also really like the garden located behind the Nesbitt Greenhouses near the river.

What inspires you to “do good” by supporting the Carleton community?

I am inspired to support Carleton based on the memories of the students I taught, and the contributions of my colleagues, both faculty and staff.