He May Not have Made the NHL, but Jerrett Clark is Scoring Points for Philanthropy 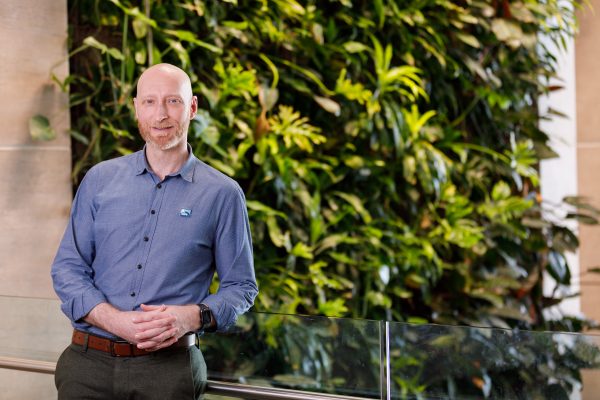 He may reminisce about youthful dreams of sharpening his skates as an NHL player, but for the over 700 union members that he leads, Jerrett Clark’s current role as President of CUPE 2424 is nothing short of inspiring.

Jerrett lives through the union’s slogan ‘Better Together’ both in his professional and personal life. As a supporter of the CUPE 2424 Bursary, he is proud to be a part of a community that believes in the power of unification to drive common good.

The CUPE 2424 Bursary was established in 2007 in recognition of the sacrifices that students made during the strike that year, and is awarded annually to deserving undergraduate students. Now more than ever Jerrett believes the positive intention behind this bursary is experiencing a reinvigoration. “As funding for students becomes more challenging, I think that access to funds like this are becoming increasingly important”, said Jerrett.

Jerrett recounted his arrival to the Carleton University campus in 1996 as an undergraduate student, and expressed how he relied on scholarships and bursaries to complete his own studies. As a community leader and philanthropist by nature, Jerrett feels strongly about the need to overcome financial barriers to support the academic success of students.

“I understand firsthand the impact that these funds can have on a student’s ability to get access to post-secondary education and to succeed. Access to funding allows students to shift their focus to learning and not to worry about whether they will be able to afford their education”.

He believes in the collective mission to do good things together, and attributes the success of the CUPE 2424 Bursary to our Carleton community’s efforts in advancing philanthropic endeavors.

It wasn’t long ago that Jerrett was leaving his mark as a student on campus through the creation of a tunnel painting for Glengarry House. Little did he know that one day, he would play an integral role in leaving a positive impact for our next generation of leaders. Whether he is playing some ball hockey with friends, or inspiring the CUPE 2424 community, Jerrett takes pride in being a part of a community with the shared purpose of making a difference.

Behind the Donor Curtain:

Do you have a personal motto?
Keep going. Whether it’s on a personal level or as an institution, we encounter barriers or challenges sometimes, and it’s important to remember to keep going.

What profession other your own would you like to attempt?
I always wanted to be a professional hockey player! Now I live out my hockey fantasies playing ball hockey.

What inspires you to ‘do good’ by supporting the Carleton community?
I think the fact that I relied on bursaries when I was a student, it compels me to want to help give back to students in a similar way.