On October 31, Jesse Mills threw for 337 yards and three touchdowns against Queen’s to help the Ravens football team advance to the semi-finals of the OUA playoffs. It was Carleton’s first playoff victory since 1986, and the first time the Ravens had made an appearance in the quarterfinals since Ravens supporters came together to restart the program in 2013.

The big win and the Ravens’ spectacular season can be attributed to determination, team work and excellent coaching. But there was an additional motivating factor that Mills said gave the team a boost that day.

Before the Ravens headed to Kingston to face the Gaels, the team got a big surprise from Mr. Ed Ireland—a generous supporter of multiple Carleton programs and a Raven through and through.

“I wanted to do something special for the team and say thanks for all of their hard work and dedication this year,” said Mr. Ireland. “It’s been incredible to watch this team grow, and I wanted the guys to know how much the Carleton community appreciates their commitment.” 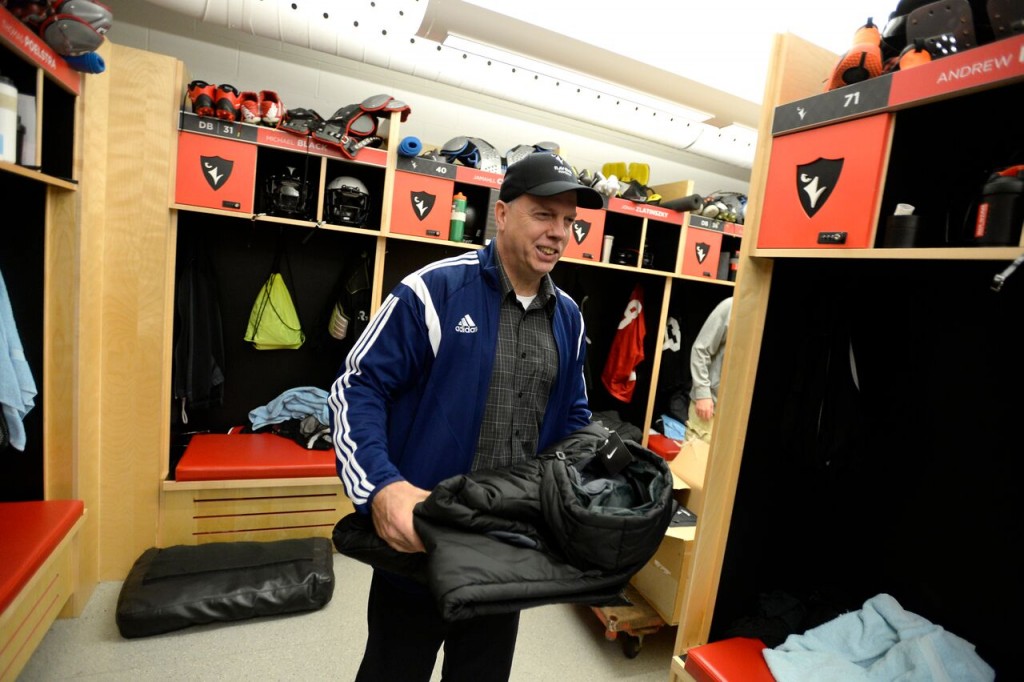 He approached head coach Steve Sumarah who had a unique idea for where the donation should go. He knew that some of his athletes didn’t own a winter jacket, many of them coming from out of town with limited space to pack heavy clothing items. He also knew that all of the players would appreciate being recognized as a team, on and off campus, throughout the winter months.

“Not only is a winter jacket essential for keeping our athletes healthy during the winter season, but it unifies them as a team,” said Sumarah.

Mr. Ireland loved the suggestion, and purchased 81 Ravens-branded jackets to completely outfit the team. “As soon as I approached Coach Sumarah with a donation to the program, he knew exactly where the funds should go,” said Mr. Ireland. “He put the players first and cares about their wellbeing on and off the field.”

To make the generous gift even more special, Mr. Ireland and Coach Sumarah conspired to surprise the athletes after practice, by having their new jackets hanging up in each stall. 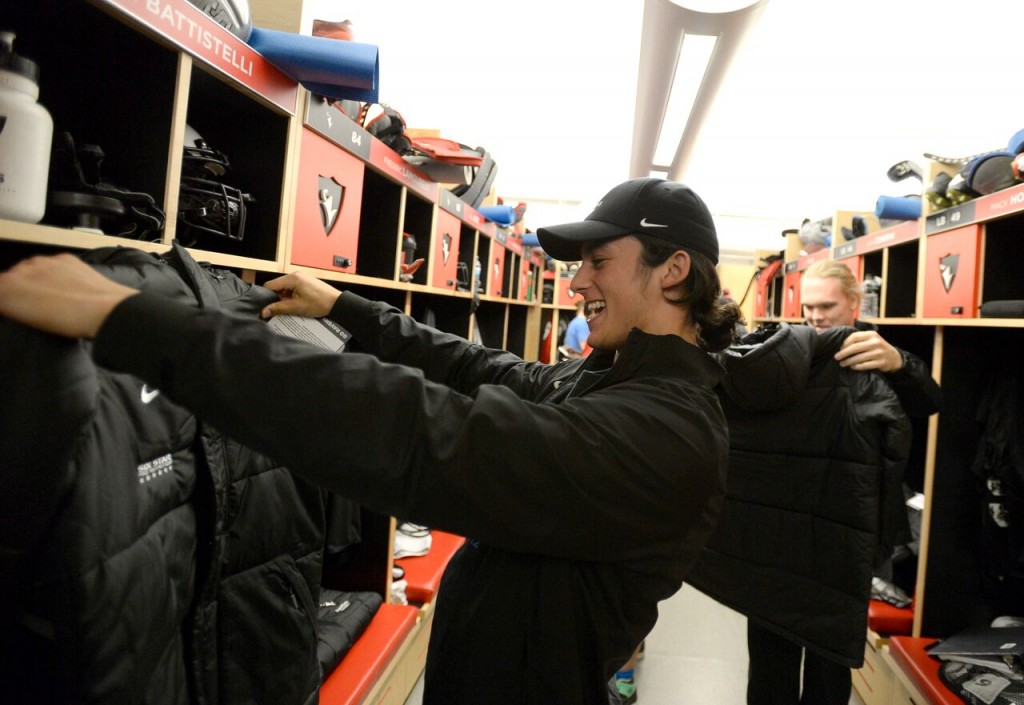 “I think the look on their faces said it all,” said Sumarah. “They were just thrilled.”

The players couldn’t hide their enthusiasm for the unexpected gesture.

“The guys really took it to heart and I think that motivated us a little bit going to Queen’s where we had a good game that week,” said Mills.

For defensive back AJ Thompson, this was the second time he had an opportunity to thank Mr. Ireland. “In my first year, I got the Ed Ireland Bursary for Men’s Football. He’s really helped me out a lot and I was happy I got a chance to shake his hand again.”

Wide receiver Nate Behar said it was a special moment that the team won’t soon forget. “It just shows how much people do care about the program and it feels nice to know that there are people supporting us and backing us in everything that we do. Donors, and people like Ed, are the reason why any of us are in this building. It’s the reason why I’m standing in this locker room.”