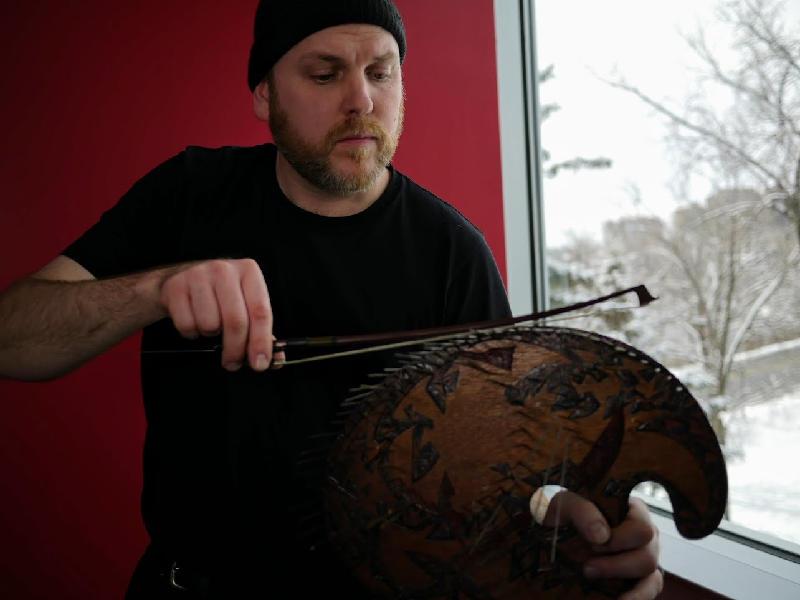 Professor Jesse Stewart believes that music making is a fundamental human right. Through his award-winning work as a composer, percussionist, artist, instrument builder, researcher, and educator, he is deeply committed to making music as broadly accessible as possible. A musical innovator by nature, arguably the most compelling of his extensive accomplishments is the work he has done to facilitate music making among those who have experienced barriers to music making historically due to disability, poverty, criticism, or lack of musical training.

Jesse Stewart’s dedication to community activism and passion for music inspired him to establish “We Are All Musicians” (WAAM), an interdisciplinary research-creation project dedicated to providing opportunities for individuals and groups to make music regardless of age, musical training, socio-economic circumstance, physical and/or cognitive disability.

As part of the WAAM initiative, Jesse has been able to successfully bridge the gap between academia and community. His research at Carleton University on inclusive music making has informed his approach to collaborative projects with a number of local organizations including Propeller Dance, an integrated professional dance troupe; Minwaashin Lodge, a resource centre for Indigenous women and youth; the Alzheimer’s Society of Ottawa-Carleton; H’Art of Ottawa; and Saint Vincent’s Hospital.

The WAAM project uses a variety of innovative ‘adaptive use’ and ‘movement-to-music’ technologies in conjunction with more traditional musical instruments in order to foster improvisatory musical interaction.

This fund will support his academic research into the continued development of assistive music technologies, including the “moto-mechano music” system. Professor Stewart will use these resources in collaborative partnerships between Carleton University and the broader community.

We Are All Musicians (WAAM) Fund