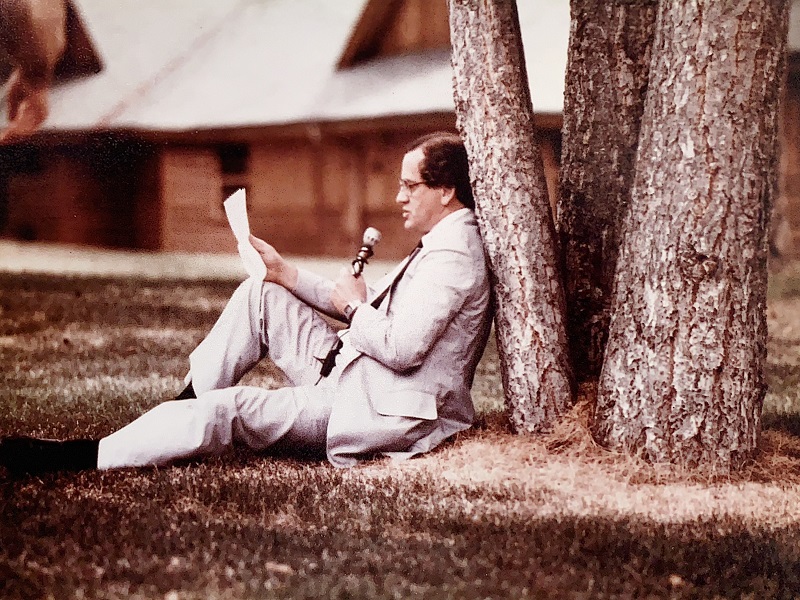 Peter Mansbridge once described Terry Hargreaves as someone who was “in his element by being ahead of the curve and not following the pack.” A natural performer, he was drawn to radio journalism and started in a volunteer slot as a weekend radio newsreader in Leamington. Within a few years he was anchoring the television news in Barrie, and eventually worked as a reporter for CBC-TV in Toronto. This lead to some of his proudest moments, like covering the opening of Toronto’s new city hall, and producing a documentary on the new Bloor subway line in his off-hours. In the early 1970s, Terry realized someone was needed permanently representing CBC Radio in the Parliamentary Press Gallery, and became the first to fill the post of Parliamentary Bureau Chief. He covered the energy crisis, creation of the NEP, constitutional challenges, six federal election campaigns, and Prime Minister Trudeau’s trip to China, Cuba, and elsewhere. Terry insisted his CBC Radio team work on the Hill where the politicians and the stories were. “There are no stories in the newsroom” he would say. Terry used invented code-words for ministers who were sources, so if other reporters happened to overhear him speaking to his staff they would not know about whom he was speaking. Getting an exclusive, getting it right and protecting sources were his priorities. One of his favourite tricks was holding an exclusive to break on the World at 8 on Monday mornings. That way each week started with CBC TV and  other media following the CBC Radio News lead. Under his leadership the small band of radio reporters  quickly made the World at 8 and the World at 6, must-listen broadcasts. A sought-after mentor, he was elected President of the Parliamentary Press Gallery.

He was simultaneously a gentle man who loved his wife and sons dearly, he was easily brought to tears by the struggle and beauty of the human spirit and those who gave their all to improve it. Throughout his life he remained deeply grateful for opportunities given to those who, like him, started with little.