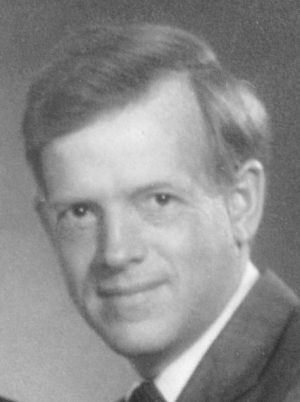 Awarded annually to one male and one female student athlete proceeding from one year to another in any program of study at Carleton University, who are members of a varsity sports team. Eligible students must be listed on a USport eligibility certificate as members of a Carleton University interuniversity team, comply with USport academic eligibility requirements, and have an academic standing of B+ or higher. Selection will be made by the Athletics Awards Committee in consultation with the team coaches. Preference will be for students who consistently put team above self. Endowed in 2018 by the Lord Stanley Memorial Monument Inc. (LSMMI) in memory of Paul Kitchen, BA/63, who was a former Raven’s Hockey player and one of the founders of the LSMMI.

Paul Kitchen (1937-2015), BA/63, BLS (UBC/64), worked as a professional librarian, first at the National Library of Canada (1964-1975), and then as Executive Director of the Canadian Library Association (1975-1985). He was President of Paul Kitchen & Associates, a parliamentary affairs consulting firm in Ottawa (1985-1998). While at Carleton he played on the Ravens Hockey team (1961-1962), and shared memories of Carleton with his family well past graduation. Paul would recount the days when Davidson Dunton–former President of Carleton University–would offer drives to himself and fellow students when he saw them walking along Sunnyside Avenue during cold winter days.

Paul was a well-known hockey historian. He was a regular commentator in local and national media on the history of the old Ottawa Senators and the early years of the National Hockey League. He was a consultant for CBC-TV, Library and Archives Canada, and the Ottawa Senators Hockey Club. His publications include Win, Tie or Wrangle: The Inside Story of the Old Ottawa Senators, 1883–1935.

Paul was one of the founders of the Lord Stanley Memorial Monument Inc. (LSMMI) that commissioned a monument to Lord Stanley’s 1892 gift of a cup to be awarded to the champion hockey club in the Dominion of Canada. The monument was unveiled on Sparks Street in Ottawa in 2017. The LSMMI has endowed a scholarship fund in Paul’s memory at Carleton to honour the tradition of the scholar-athlete.