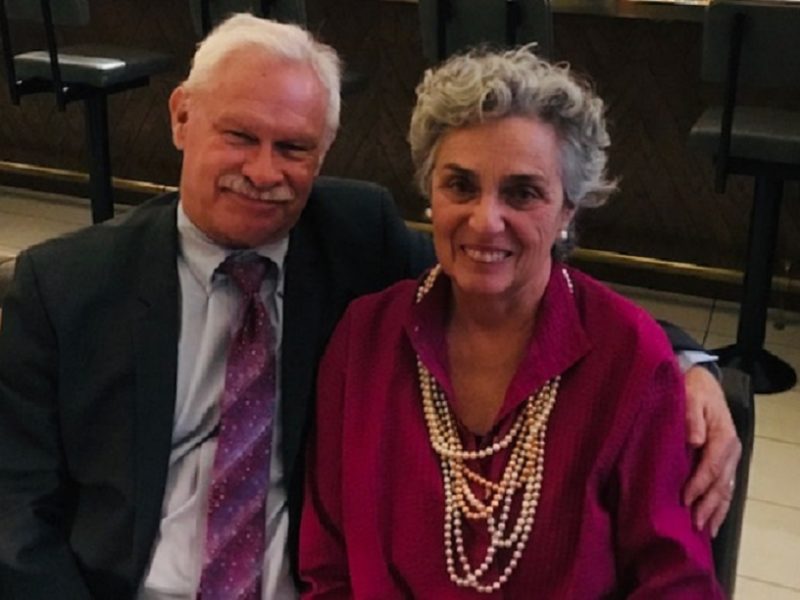 Awarded annually by the Dean of Graduate and Postdoctoral Affairs, on the recommendation of the Director of the Masters of Philanthropy and Nonprofit Leadership Program, to outstanding graduate students who demonstrate a strong potential for leadership and innovation in community engagement on issues of priority to local nonprofits, governments and businesses. These issues include but are not limited to: human and gender rights; Indigenous culture; environmental sustainability: youth employment; social enterprise; innovative finance; affordable housing; or sustainable food.  Endowed by Dr. Edward Jackson and Ms. Magda Seydegart in honour of the Jackson family’s commitment to strengthening community in Eastern Ontario and beyond.

John McClintock (Jack) Jackson and his wife, Isabella Dickson Jackson, were co-founders of a dairy milk cooperative to assist farmers in the Kemptville area to sell their product to Montreal markets, enabling their own Mapleview Farm to flourish. Their son, John William (Bill) Jackson, was a career soldier in the Canadian army, a two-time UN peacekeeper, United Church Elder and award-winning horticulturalist, also serving as assistant dean at the Kemptville College of Agricultural Technology.

In the mid-1960s, Annetta (Anne) Knight Jackson, Bill’s wife, founded Maplewood School in Oxford Mills for underserved children with developmental and intellectual disabilities in the North Grenville area, working closely with their parents and the school board. Taking night and summer courses, she equipped herself with the administrative and educational skills to ensure the school’s success. Over time, as the Maplewood students progressed, Anne worked with other community members to set up a local nonprofit Community Living Association which, over time, provided a sheltered workshop and assisted housing for the Maplewood students, who by now were young adults. As the Association’s programs grew, Anne believed she needed additional skills for effective board leadership, and so enrolled at Carleton University, graduating at the age of 60 with a degree in law and psycholinguistics. For this 30-year accompaniment of her “kids”, who called her “Jackson,” Anne received the Canada 125 Medal.

Bill and Anne’s daughter, Elizabeth (Betty) Jackson Clost, and her husband Dan Clost, are community leaders through their church, music, and horticulture in Trenton. A former soldier and sign-language interpreter, Dan is a well-known gardening columnist and professor with Loyalist College’s horticulture technician apprenticeship program, which he co-designed for Landscape Ontario. He is the recipient of that organization’s Garden Communicator Award of Excellence. The Upper Canada Chapter of Landscape Ontario has established the Dan Clost Scholarship for Continuing Education in Horticulture.

Betty served as a longtime manager of volunteers in the community support sector, especially in delivering transportation solutions connecting elderly and low-income patients to health services. In 2013, Betty received the Ontario Leading Women, Building Communities Award in recognition of her community-based work creating and maintaining successful partnerships. Upon retirement, she became co-chair of the grassroots group Our TMH, a broad-based citizens’ campaign formed in early 2015 to halt the closing and improve the services of Trenton Memorial Hospital. Its numbers quickly grew to a membership of 22,000. In recognition of her leadership, Betty received the Canada 150 Award.

Their daughter, Ellyn Clost Lambert, recently led a community-based evaluation and planning process with non-profit Pathways to Education Kingston on the changing educational needs of students living in low-income neighbourhoods. This project was conducted in collaboration with students, community residents, the Limestone District School Board, the Algonquin and Lakeshore Catholic District School Board, and researchers at Queen’s University. The Closts’ younger daughter, technology specialist Robyn Clost, was a graduate student at Carleton University and is an active member and presenter in online communities.

Noah Jackson, Magda and Ted’s older son, co-owns Quality Lawn, providing lawncare services in Ottawa’s east end and a Best New Business Award nominee, and actively supports his entrepreneur-peers and -partners in the region. Their younger son, Jacob Jackson, directs business operations from Vancouver for healthcare start-up MedStack, is a Top 40 Under 40 Award recipient and was a peer-mentor at McMaster’s Forge incubator. His wife, Dr. Emily Jackson, provided frontline health care to low-income residents of Hamilton as a medical student and currently works at the British Columbia Cancer Agency, which has developed strong university, philanthropic and private partnerships.

Other members of the extended Jackson family have attended Carleton University, including, for example, business administrator Jennifer DeBien, and civil servant Tyler Patterson. Family members have been active as business owners, teachers, public servants, doctors, nurses, care workers, and technology professionals across the region. The family is deeply embedded in and committed to the prosperity and sustainability of Eastern Ontario. Looking ahead, it will be interesting to see how the fifth generation in this story, Magda and Ted’s granddaughters, Olivia Jackson (aged 5) and Veronica Jackson (aged 3), and grand-niece August Lambert (aged 5), could build on this long family tradition of community engagement.

From 1981 to 1993, Magda Seydegart served as Executive Director of the Human Rights Research and Education Centre in the Faculty of Law at the University of Ottawa. Grounded in her master of adult education degree from St. Francis Xavier University, she developed programs for activists and scholars; designed a world-class training program for human rights educators; co-founded organizations advancing disability and women’s rights; chaired an NGO network on international human rights advocacy; and participated in the women’s movement, testing the equality sections of the Canada’s Charter of Rights and Freedoms. Magda also served as a trainer in human and women’s rights to Canada’s Department of Foreign Affairs and as a consultant to the Department of Justice and the United Nations. For her distinguished career advancing human rights education, she received the Canada 125 Medal and the Ontario Leading Women, Building Communities Award. She also served for six years on the Ottawa region Board of Directors of Habitat for Humanity.

Edward (Ted) Jackson, Bill and Anne’s son, was a member of the School of Public Policy and Administration from 1993 to 2014, with cross-appointments to the Norman Paterson School of International Affairs and Institute of African Affairs. As a tenured associate professor, he employed community-based learning in his teaching of project management, program evaluation, financing civil society, and higher education policy. The co-founder of the Carleton Centre for Community Innovation and the Carleton-World Bank Program for Development Evaluation Training and founding principal investigator for the Community First SSHRC project, Professor Jackson also served as associate dean (research) in the Faculty of Public Affairs, chairing university-wide committees on community engagement and partnership and strengthening the outreach capacity of FPA’s 20 research centres. He is a recipient of the FPA Teaching Excellence Award and the Ontario Medal for Good Citizenship.