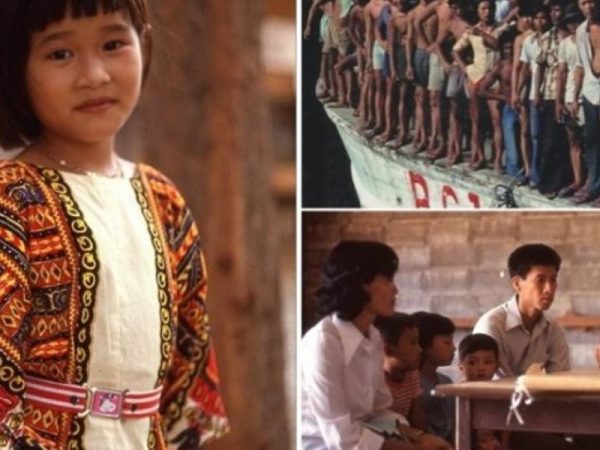 Hearts of Freedom (HOF) is hosted in the School of Social Work at Carleton University. The five principal researchers are Colleen Lundy and Allan Moscovitch, both Emeritus Professors at Carleton University, Peter Duschinsky and Michael Molloy from the Canadian Immigration Historical Society, and Stephanie Stobbe, Associate Professor at the Winnipeg based Menno Simons College, Canadian Mennonite University. The primary purpose of this three-year project is to collect and preserve the personal histories of refugees from Southeast Asia (former Indochina) – Vietnam, Laos and Cambodia – who came to Canada between 1975 and 1985 and the Canadians who assisted them. More specifically, these video-recorded oral history interviews document the conditions that prompted the exodus, the migration journey to and arrival in Canada, the resettlement experience, and lessons learned from this historic movement. All interviews and other materials are being placed on a website for the project which can be found at https://heartsoffreedom.org/.

The project benefits from the partnership and active involvement of the local and national Vietnamese https://www.vietcanfederation.org/,  Cambodian http://caov.org/blog/,  and Lao Associations https://facebook.com/laoottawavalley, the Canadian Immigration Historical Society http://cihs-shic.ca/, and guidance by museum advisors in the Canadian Museum of History https://www.historymuseum.ca/ and Canadian Museum of Immigration at Pier 21 https://pier21.ca/home/.

Along with preserving the experiences of these three communities, the project will inform academics, historians, policy makers, and settlement practitioners. Among the outcomes of the project are a film documentary, a book, and educational materials for universities and high schools, all in English and French. All the interviews and materials will be permanently housed in the archives at Carleton University https://carleton.ca/.

The end of the Vietnam War and the subsequent exodus of civilians from South East Asia resulted in a refugee crisis as people fled by boat or travelled by foot over the mountains. Many perished in the small, overcrowded boats that were not seaworthy. Those who survived the journey ended up in refugee camps, mainly in Thailand and Malaysia before acceptance for resettlement in Western countries.

Private sponsorship of refugees by non-profit organizations or groups of 5 or more adults was introduced in Canada through legislative changes to the Immigration Act in 1976 that became a key part of the transfer of these refugees to Canada. Canadians from all walks of life and in all parts of the country sponsored, welcomed, and assisted refugees in adapting to a new life in this country. This was recognized in 1986 when the UN High Commissioner for Refugees awarded the prestigious Nansen Medal to the “people of Canada,” a unique and singular honour.

An important goal of the Hearts of Freedom Project is to create an awareness of Canada’s historical role in successful refugee settlement by recording, analyzing, and then presenting the Southeast Asia refugee experience throughout the country in a travelling museum exhibition.

As of October 2021, we have interviewed 173 people across Canada – former refugees, sponsors, NGO staff, and government personnel in Halifax, Ottawa, Montreal, Toronto, Winnipeg, Edmonton, Calgary, and Vancouver. These interviews can be accessed through the Hearts of Freedom website. We will be drawing on the experiences of these 173 people in preparing this Travelling Exhibit.

A voluntary HOF Museum Exhibit Committee that includes one of the researchers, advisors from Canadian Museum of Immigration at Pier 21 and Canadian Museum of History, and other volunteers will design three English and three French pop-up panels that tell the stories of Southeast Asian refugees. The panels will have QR codes, directing visitors to the HOF Digital Exhibit on the project’s website. The Digital Exhibit and website will provide more photos, displays, and detailed descriptions of the refugee history and experience; and allow participants to follow and navigate through specific stories and events. Both the Travelling and Digital Exhibits designs will be interactive, fun, and educational for visitors of all ages.

The Travelling Exhibit will invite Southeast Asian communities, NGOs, governments, and others interested in refugee issues to come and celebrate the successful resettlement of refugees from Vietnam, Laos, and Cambodia, and their contributions to Canada. The HOF book, documentary film, and curriculum materials will form a part of the Travelling Exhibit. This wide sharing of stories and dissemination requires that we raise an additional $50,000 to produce a professionally designed six-panel Travelling Exhibit, Digital Exhibit, and pay the costs to bring it to eight cities in Canada. We intend to begin on the designs in January 2022 and work on them over the following year. The Travelling Exhibit will be ready to travel across Canada in January 2023.

In summary, with further funding provided by you the donor, we will be able to put together a travelling museum exhibition in English and French which will be hosted in all of the Canadian cities in which we conducted interviews as well as other locations in Canada.

The funds from FutureFunder will ensure that after completing a book, a documentary film, and school curriculum materials based on the interviews conducted for the project, we will have the funds to prepare a curated Travelling Exhibit that can be sent across the country from Halifax to Vancouver. Hosted in local museums, community centres, city halls, and libraries across the country, the exhibition will help to inform refugee families and members of the public about the experiences of former refugees who came to Canada between the years 1975 to 1985 from Vietnam, Laos, and Cambodia; and their contributions to Canada. It also acknowledges Canadians’ compassion, support, and welcome of strangers to their country.

As Canada faces another global refugee crisis that is producing an unprecedented number of refugees, there is an opportunity for Canadians to learn from the not so distant past. Current and future settlement responses during forced migration crises will benefit from a greater awareness within Canadian society of the experiences of the refugees from the three countries.