Kenneth David Bush died on April 16th, 2016 in Ottawa from numerous blood clots that had reached both his lungs and heart. He was a rare individual who could brilliantly mix western philosophy, eastern thought, and the writings of romantic Irish poets. His accomplishments in the world of peace and conflict and the creation of PCIA (Peace & Conflict Impact Assessment) tools served to create caring communities, security between regions and stability for families. Ken’s role as an academic at St. Paul’s (Ottawa); Ulster (Derry/Londonderry), York (York, U.K.) and Durham (Durham, U.K.) universities earned him the reputation of an intensely passionate academic who believed that lessons in-the-field must be learned on the front lines.

The respect and admiration of colleagues and students was grounded in a mutual respect for demanding legitimately progressive change. His coining of the phrases, ‘bungee-cord interventions,’ and  ‘Humanitarian Cowboy,’ are indicative of the intensity of his conviction to hold the privileged accountable and responsible – an expectation that he proudly modeled. His desire to better the human condition brought him to, among other places, Sri Lanka, the Philippines, Afghanistan, Bosnia, Columbia, and his beloved Northern Ireland.  Ken has been aptly described as, “a warrior of the heart, the most turbulent man of peace one could want to meet.”

In one instance Ken was assisting in the negotiation of the release of school children.  Young pupils who had been abducted and held by the military intent on teaching the villagers a lesson for a nearby ambush on troops, the night before. When Ken was asked, “How do you negotiate with someone who arguably is the devil incarnate?”  Ken responded, “For every devil, there are many Saints, perhaps unrecognized, willing to do whatever it takes to make the world a better place.” 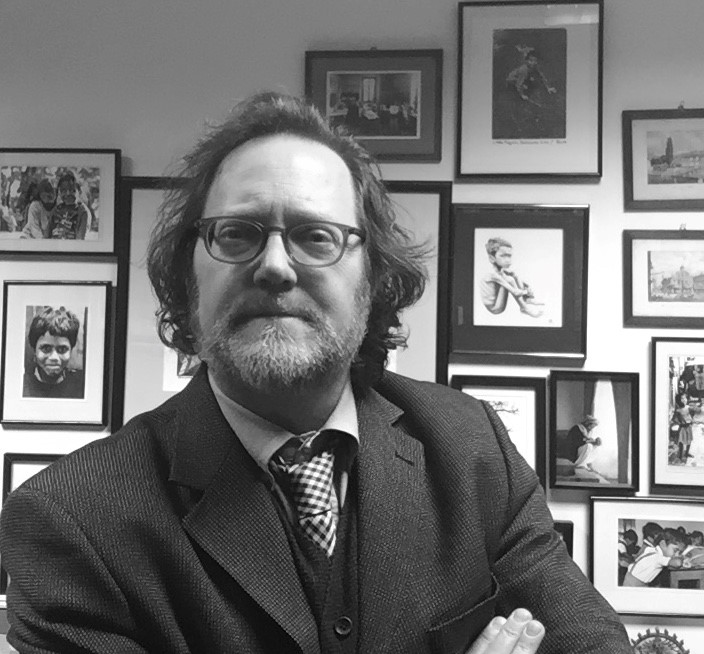 Ken was someone dedicated to compassionately fanning that fading ember lying near dormant in the hearts of those most victimized by violence. Love served as both his mission statement and his foundation. Although Ken is significantly missed by his loving family, his far-reaching repertoire friends and colleagues; his passing has created a void in the community of exemplary individuals who tirelessly give of themselves to make the world better.

Throughout his career, Dr. Bush worked within and between the worlds of research, policy and practice, inside and outside conflict zones. His pioneering work on Peace and Conflict Impact Assessment (PCIA), and on-going work on evaluation in conflict zones, sought to bridge the gap between Peace Studies and Evaluation – in particular on ethical, methodological, political and logistical challenges confronting researchers, evaluators and practitioners in conflict zones. It is the family’s hope that this bursary will support work and or research that will strive to ensure that all reconstructive participants within conflict zones are legitimately contributing to lasting peace.

The Dr. Kenneth Bush Bursary in Peace and Conflict Studies will be awarded annually by the Dean of Graduate and Postdoctoral Affairs, on the recommendation of the Director of the Norman Paterson School of International Affairs (NPSIA) to one outstanding graduate student in financial need enrolled in NPSIA, who is studying in the area of peace and conflict studies. Endowed in 2017 by the Bush family and friends in memory of Dr. Kenneth Bush, MA/89.