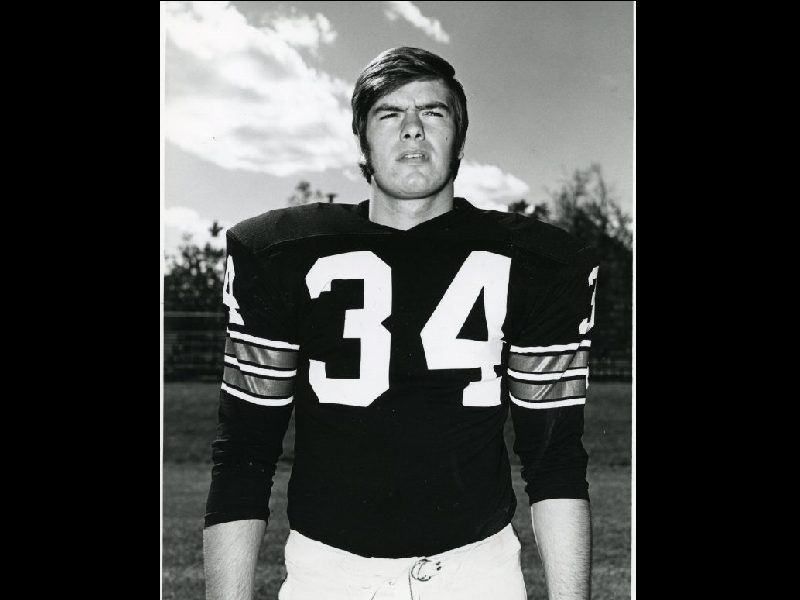 The Carleton football community is saddened by the loss of Bob Eccles, former Raven (1967-71), proud alumnus and friend. He was a three-time league all-star, a two-time winner of the Old Crows Society Outstanding Player Award, and a two-time winner of the Doug Banton Award. In 1969, Sport Canada magazine named him to their All-Canadian team. When the first official All-Canadian team was named in 1971, Eccles and teammate Chris Harber were named to the team. Eccles was selected second overall by the Ottawa Rough Riders in the 1971 CFL Draft. Fifty years later, it remains the highest a Raven has ever been drafted by a CFL team.

Over the past half century, Eccles has always been described by those who played with him as the perfect teammate. He was not vocal, but he was a leader by example. He was a teacher on the field, especially with younger players. He was selfless. He was as fearless as he was talented. He treated all of his teammates like brothers, and the family atmosphere in the locker room was a reflection of what Bob Eccles brought to the team and the program.

Eccles became heavily involved with the Old Crows and served as the PA announcer at home games in the 1980s. He was always around to offer encouragement and support to the team long after he was done playing. He will be sadly missed by his friends, family, teammates, the community, and everyone whose lives he has ever touched.

Your contributions towards the Bob Eccles Memorial Award will continue his legacy by supporting future generations of student-athletes who are players on the Ravens Football team.