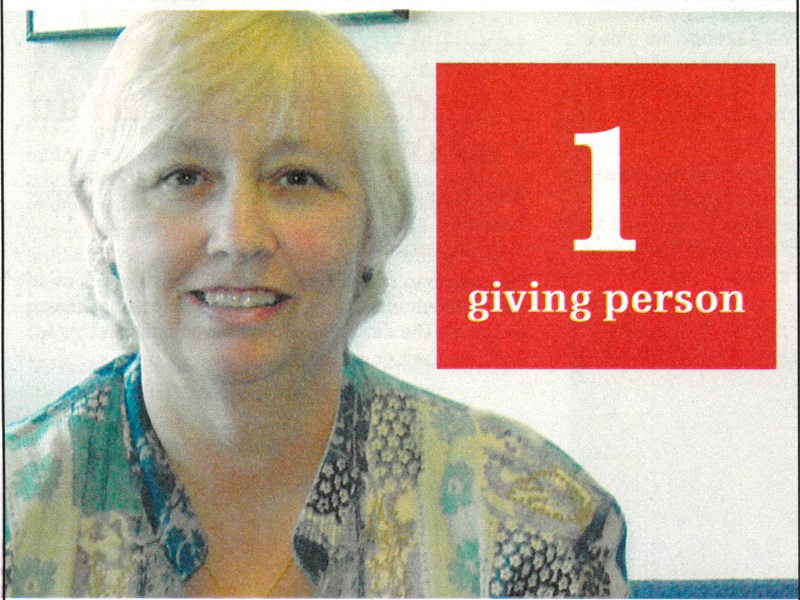 Barbara Wells, who was a proud member of the Carleton community for 47 years, passed away surrounded by her family on Friday, June 14, 2019, after a courageous battle with cancer.

Before retiring in June 2014, Barbara took pride in being an active member of campus, most notably with her dedication to the university’s annual United Way campaign. In recognition of her commitment to volunteering in a number of roles, including as Chair, for more than two decades, the Barbara Wells Award was established. The award recognizes and pays tribute to an outstanding volunteer who has made a significant contribution to the annual Carleton United Way campaign.

Barbara also valued Carleton’s dedication to providing opportunities to students who may face barriers in accessing a post-secondary education. In 2006, the Barbara Wells Bursary was created to support students in the Enriched Support Program (ESP) and the Indigenous Enriched Support Program (IESP) program within the Centre for Initiatives in Education. These are one-year transition programs for students seeking entry to university and provide opportunities for prospective students to demonstrate their potential to succeed at university.

Carleton was an important part of Barbara’s life and was her second home, where her sister Heather Murray worked for 28 years, and where her daughter, Kristi Wells, is currently part of the Human Resources team. The university also held a special place in Barbara’s heart as it is where she met the love of her life, Dick.

Barbara was a dedicated wife, mother and grandmother who cherished gatherings at the family cottage and family trips to warmer climates.

The Centre for Initiatives in Education will generously match the first $10,000 donated in Barbara’s memory to the Barbara Wells Bursary.

Barbara Wells Bursary: Awarded annually to students in the ESP/IESP program within the Centre for Initiatives in Education at Carleton University. Recipients must be Canadian Citizens or permanent residents of Canada (landed immigrant or a protected person) and must also meet OSAP’s Ontario residency requirement. Recipients must demonstrate financial need. Endowed in 2006 by Kristi and Barbara Wells in honour of Barbara.