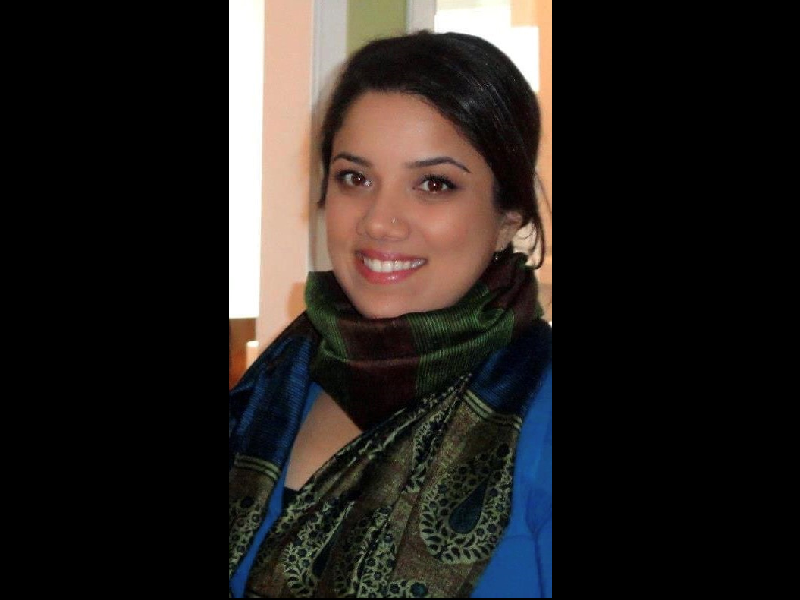 Awarded annually on the recommendation of the Chair of the Department of Economics to an outstanding student continuing from second to third-year or third to fourth-year in a Bachelor of Economics degree at Carleton University.  Preference will be given to students with an interest in pursuing graduate studies.  Endowed in 2021 in loving memory of Afshan Dar-Brodeur by her family, Atul Dar, Najma Sharif, Mathieu Brodeur, Sindura Dar and Aneesh Chhabra.

Afshan obtained her PhD in Economics from Carleton University in 2013. In her thesis on international trade, she balanced her inherent interest in using Economics to understand real world problems with that of the importance of gaining insights that theoretical perspectives could offer. This is reflected in the three essays that comprised the thesis. During her time at Carleton, she was the first TA mentor in the Department of Economics and put in much time and effort assisting her colleagues. Her interest in applying her training also led her to choose a career in the federal government, first at Statistics Canada and then at the Ministry of Innovation, Science and Economic Development, where she held the position of Senior Economist. During that period, she was active in research that had a strong policy content and also published an article in the Canadian Journal of Economics in 2020. Her promising career was cut short, however, after she was diagnosed with ovarian cancer in Spring 2019. Despite her strength and determination throughout the journey, she sadly passed away from the disease on September 21, 2021.

Although her life was cut short, Afshan leaves behind an incredible legacy.  Not only a bright mind, Afshan was known as a kind-hearted, considerate, and funny person, who always had a smile on her face. She loved her friends and family (and cats!) more than anything in the world and managed to make time for just about everyone.  She was the kind of person to stop what she was doing to help out a stranger. She volunteered her time assisting with the resettlement of refugees and has been a steady advocate for Ovarian Cancer Canada. In all that she has done in her life, if you were to ask her, Afshan would say that her greatest accomplishment was the birth of her and her husband’s vibrant young daughter, Eshana.  To those close to her, Afshan will always be remembered as the best of all of us. She was the most caring daughter, sister, wife, mother, and friend a person could ask for.

Her family has chosen to commemorate Afshan in part by establishing this endowed scholarship for upper-year undergraduate students who share her passion for graduate studies in Economics.  Afshan would want the recipient of this award to push themselves to be the best that they can be in their studies, but also be active participants in the social and political life of the nation.