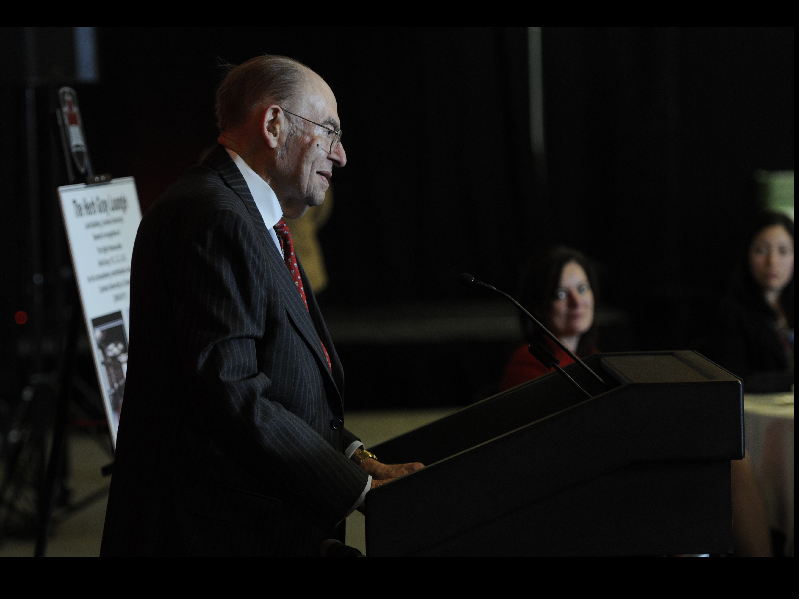 The Right Honourable Herb Gray Lecture takes place annually, and is a signature event for the Clayton H. Riddell Graduate Program in Political Management. This offers the unique opportunity to invite distinguished speakers to deliver critical insights on the political and public policy issues facing Canada and the world.

This year’s event will be a panel discussion with political staffers interspersed with tales from the trenches. More details to be announced.

Herb Gray was the former Chancellor of Carleton University, and was widely known for his prominent career as a Canadian politician. The Right Honourable Herb Gray Lecture Series recognizes Herb Gray’s contributions to the academic and political sphere, and was established to continue his legacy.

As the longest, consecutive-serving Member of the House of Commons, Herb Gray had a distinguished career in Canada’s Parliament serving as Deputy Prime Minister; Leader of the Government in the House of Commons; Solicitor General of Canada; Leader of the Opposition; President of the Treasury Board; Minister of Industry, Trade and Commerce; Minister of Consumer and Corporate Affairs; Minister of National Revenue, as well as Chair of numerous Committees and as Parliamentary Secretary to various Ministers.

Upon leaving Parliament, Gray was appointed by the Government of Canada as the Canadian Chair of the International Joint Commission of Canada and the United States.

For his distinguished and record-setting contribution to Canadian political life, Mr. Gray was one of few Canadians granted the honorific title “The Right Honourable” and in recognition of being “an enduring force in Canadian politics”, he was made a Companion of the Order of Canada, a designation which can be bestowed on only 165 outstanding Canadians at any give time.

Throughout his career, Gray was guided by principles of social justice, good governance, sound democratic processes and programs that create opportunities for all.

Funds raised will contribute to the continued success of the Right Honourable Herb Gray Lecture Series.

This lecture series provides students with an invaluable opportunity to hear insights from distinguished speakers relevant to their field of study. It will also invite faculty and the general public to engage in a political discourse on contemporary issues impacting Canada and the world.