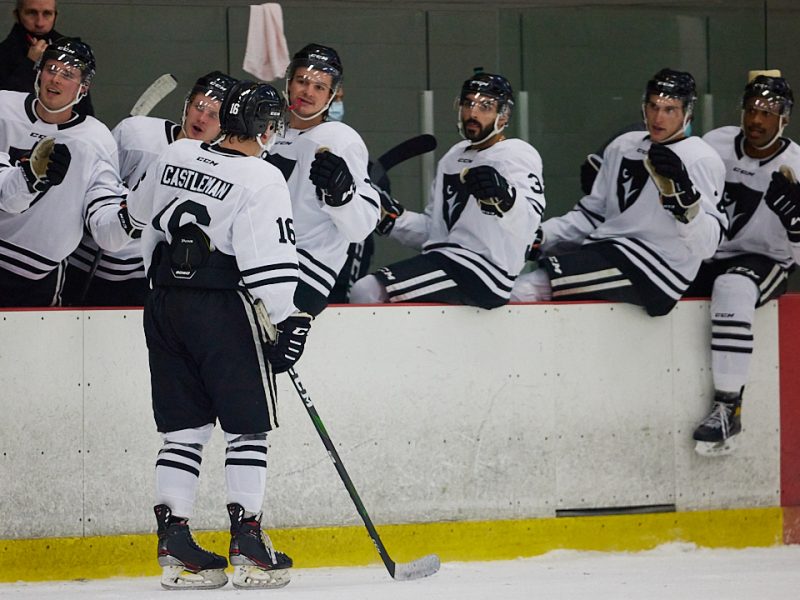 The Ravens men’s hockey program has established itself as a perennial contender in the OUA and one of the elite programs in the country.  This would not have been possible without the philanthropic support of alumni, parents and supporters.  Because of your support, the Ravens captured an OUA bronze medal in 2018-2019 and gained valuable pre-season experience recently playing games in Germany and France.  Your donation will provide vital resources to our student athletes, fund top level training and out of conference games and put Carleton in better position to win its first national championship.

By supporting the Raven’s mens hockey, you are helping to elevate the team to the next level by making the Ravens’ community proud both locally and internationally. Your gifts will go directly towards supporting the Future International Exhibition Tour, which inspires and motivates our student-athletes. It is through the generosity of our donor community that the team will be able to participate in this 11-day trip to 5 countries, where they will play four games again pro European teams to both enhance their skills and expand networking opportunities with European hockey players. Between games, the team will visit historical sites to engage in meaningful experiential learning opportunities.

“All I hear from former players is the unbelievable experience from their European Tour from 2019.   It would be real nice to have a similar trip to look forward to before I graduate from Carleton.”